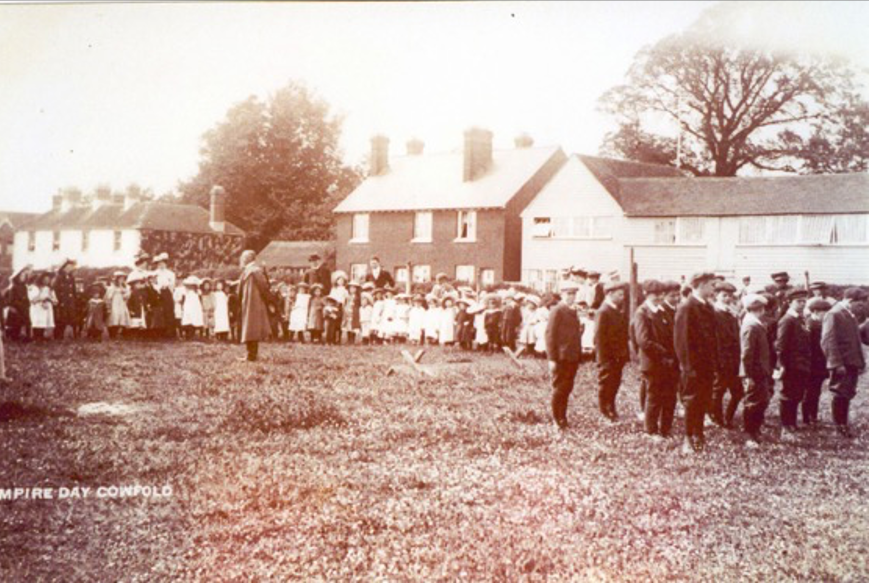 We are not sure which year this photograph was taken. The first Empire Day took place on May 24, Queen Victoria’s birthday, in 1902 and it became an officially recognized annual event in 1916. With the decline in the Empire, it was re-named British Commonwealth Day in 1958.