The team at Horsham Museum has shared a number of historic maps of Horsham with the Society, including one produced in 1875 by the Ordnance Survey. 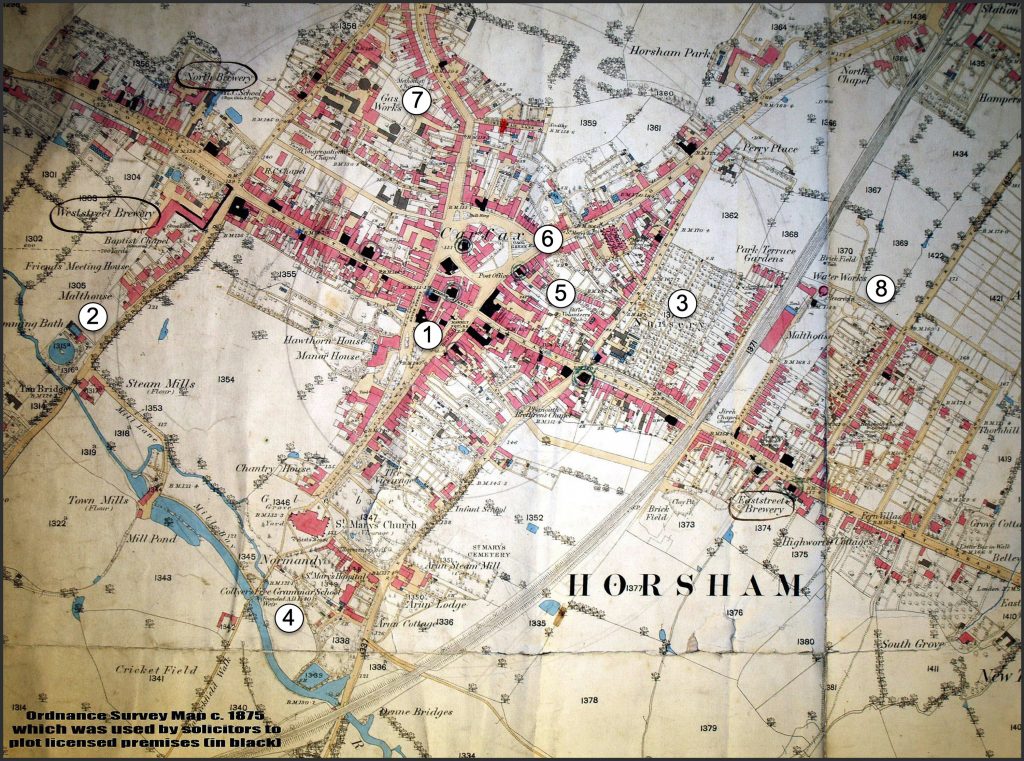 This was used by solicitors to plot licenced premises (shown in black) in the town. It shows how much the town has changed over the years and a number of notable differences are highlighted below and labelled on the map: 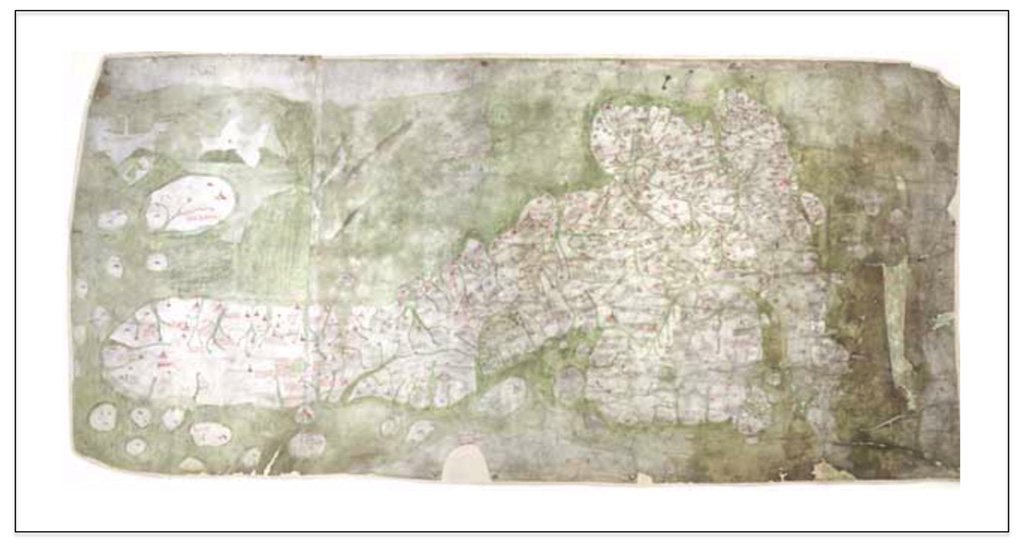 Horsham appears on what is considered to be the best medieval map of Britain, the Gough map. This is currently held in the Bodleian Library and was thought to have been produced around the Fourteenth Century. (Note that the map is orientated with North pointing towards the left of the page.)

An expanded section of the map showing settlement names in the South of England, including Horsham, is reproduced below: 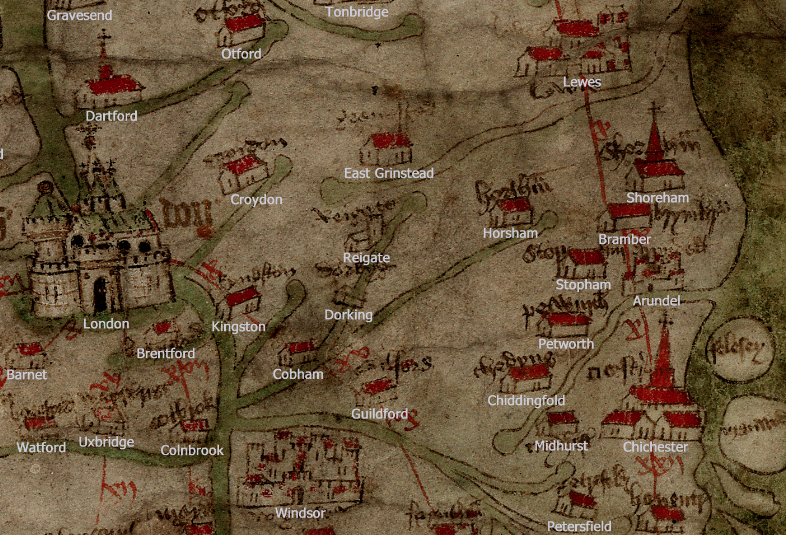 Section of the Gough Map with settlement names superimposed

For some reason the hamlet of Stopham is shown on the map but a number of larger settlements are not.

Have a look at http://www.goughmap.org/ for more detailed information on this amazing, but largely-forgotten map.