Welcome to the Cowfold Village History Society website. We hope that you enjoy browsing through the material collected about the history of our village and will find the records of our past as fascinating as we do.

We are always pleased to receive comments on the website itself (good or bad!) and will also be grateful for any additional material for inclusion on the site, or for help on our various ongoing projects. You can contact us by completing the form here.

After two very successful Zoom talks, one in January and a second in February, we are planning the programme of events for the remainder of the year and will update you when this is available.
Watch this space!

Here is a selection of books, either published by the Society or covering local topics that should be of interest to our members. 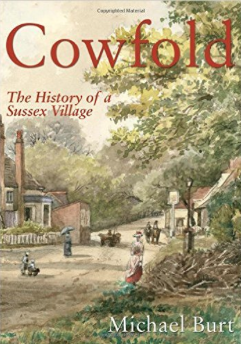 Cowfold: The History of a Sussex Village

Cowfold: the history of a Sussex Village is a detailed account of the over 780 year life of the village, from the very earliest times to the present time. It is the story of the people who have lived in and around the village and have made it what it is today. Cowfold village has never been the subject of startling or momentous historical events.Rather, it is a typical Sussex village where life has followed a well-defined, familiar and easy pattern over the centuries of its existence; that is the village's charm and its legacy. This book records Cowfold's history through text, pictures, photographs and the recent charming memories of a number of those who have witnessed, as school children and adults, the changes to village life over the last 90 years. It chronicles the development of the village from a small settlement in a clearing in surrounding dense woodland through the emerging village growing up around its Church and heavily influenced by the surrounding farms and nearby manors, to the self-sustaining community of the 19th and early to mid-20th century, and to the diverse and thriving village of today. This book is a tribute to, and legacy of, that development and those people, past and present.

The book can be purchased from the author, Michael Burt; he can be contacted by email at: 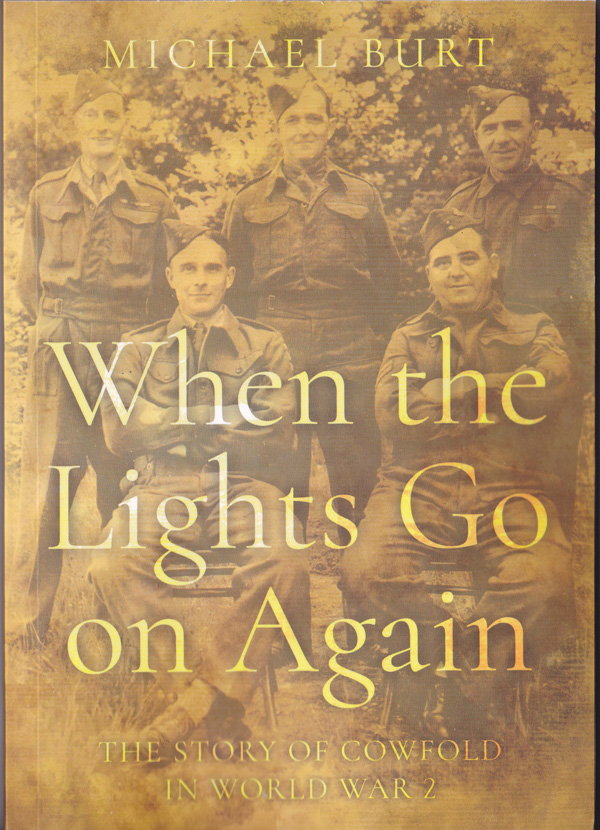 When the Lights Go On Again

Here is a review of the book by Kate Schuler that was published in Sussex Life:

Based on the recollections of 11 Cowfold residents who were children during the 1940s, this book details a community keeping calm and carrying on against a backdrop of war, blackouts, food shortages and rationing. It includes some lovely details – a comical Home Guard training exercise, a child who picked out his returning father on the station platform, despite never having met him – but what comes through is that, for children, the war brought some longed-for excitement. Posing for photographs beside bomb craters, attending variety shows put on by billeted Canadian soldiers, and even dog fights overhead were thought thrilling. While the details may be specific to Cowfold, this book will certainly resonate more widely.

The book is available from Matador (troubador.co.uk/matador) at a price of £12.99.

to purchase a copy of the book. 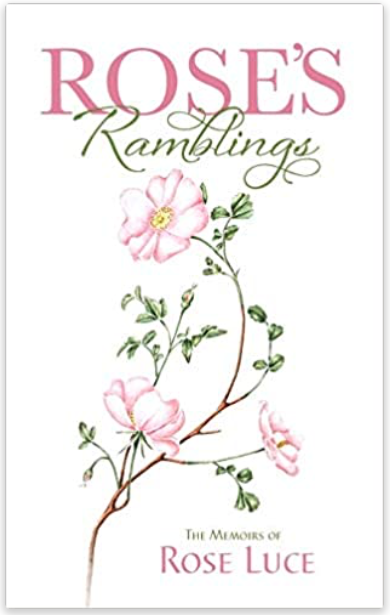 Rose Luce has had an unusually varied and interesting life. Her early family life and jobs in parliament and America, later including a leading role in the English-Speaking Union and much charitable work in the UK and Gibraltar, were buttressed by her love of music and singing in choirs. Above all, as the wife of Richard Luce, she supported his long and varied career over 60 years as an MP, Minister, Vice-Chancellor, Governor and Lord Chamberlain to The Queen’s Household. Richard writes in his memoirs Ringing the Changes: “I cannot describe adequately in words what her support, love and companionship throughout our marriage have meant to me. I could not have managed my work in Africa, the struggle to get into Parliament, politics, being a Minister, a Vice-Chancellor, a Governor or Lord Chamberlain without her. ”In this book, Rose describes in the most vivid, entertaining and human way her life supporting Richard in all his many and challenging tasks. 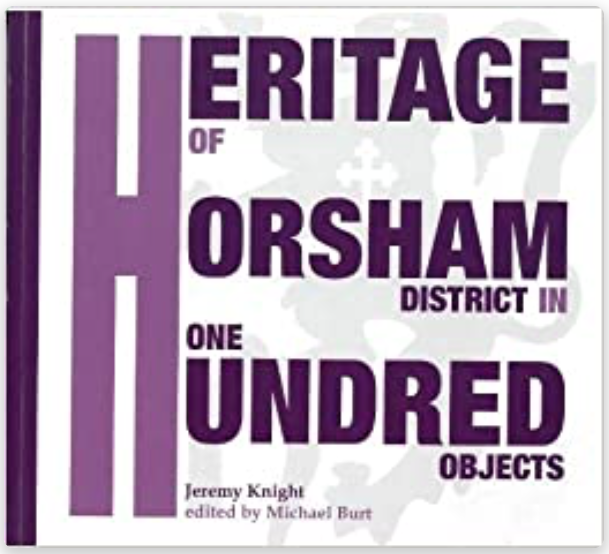 The Heritage of Horsham District in 100 Objects

The Heritage of Horsham District in 100 Objects

Jeremy Knight has distilled thirty years of knowledge and understanding into a concise and accessible format. The book provides a superb companion and guide to a journey of discovery around Horsham District and its rich heritage and includes a number of objects found in Cowfold.

Learning, agriculture, industry, retail trade, domestic life and the military are just some of the topics covered by this remarkable book in a series of historical vignettes told through the objects.

The superbly and beautifully illustrated book is on sale at the Horsham Museum, Waterstones and the Steyning Bookshop. 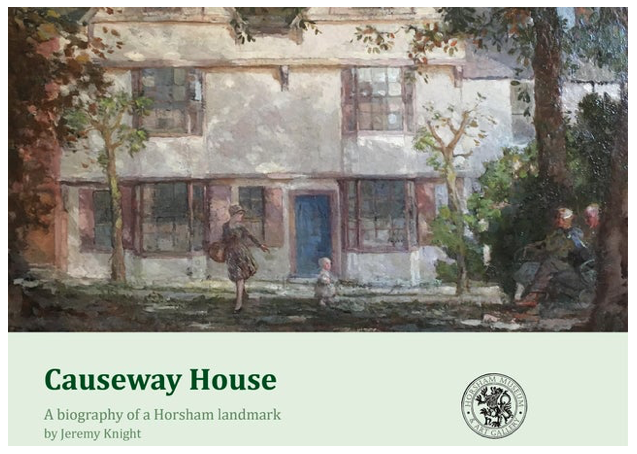 Causeway House: a biography of a Horsham landmark

Causeway House: a biography of a Horsham landmark

We look without seeing, walk past without really noticing. The past is often hidden in plain sight waiting to be discovered. How many of us have walked past 9 Causeway and thought “that’s an old building” without any deeper consideration? In order to rectify this oversight, Jeremy Knight has told the story of the building in a new, exciting and visually interesting book; Causeway House: a biography of a Horsham landmark.

Known today as the home of Horsham Museum, our historic building has been on this site for 600 years and, as the book Causeway House: a biography of a Horsham landmark reveals, it has had an eventful life! From being the home of the Tudor equivalent of a celebrity, giving its occupants the right to vote for 6 MPs, to having a fake past deliberately created, Causeway House has been the home of merchants, lawyers, a royal tutor, a tailor’s daughter who went from being the subject of a scandal to a wealthy heiress, and much more.

Causeway House became home to the Museum during the Second World War, and as late as 1983 it stopped being a residence. The book, written by the current Curator, is a visual delight. Entertaining without being heavy going, it is packed full of interesting stories. Published to mark the 600th birthday of the building, Causeway House: a biography of a Horsham landmark reveals a building hidden in plain sight. Priced at £7.50 plus postage.  To order your copy please email: museum@horsham.gov.uk or contact the museum on 01403 254959. Also available to purchase at Waterstones in Horsham.

Here are links to recent magazine articles that feature the Society and its activities. 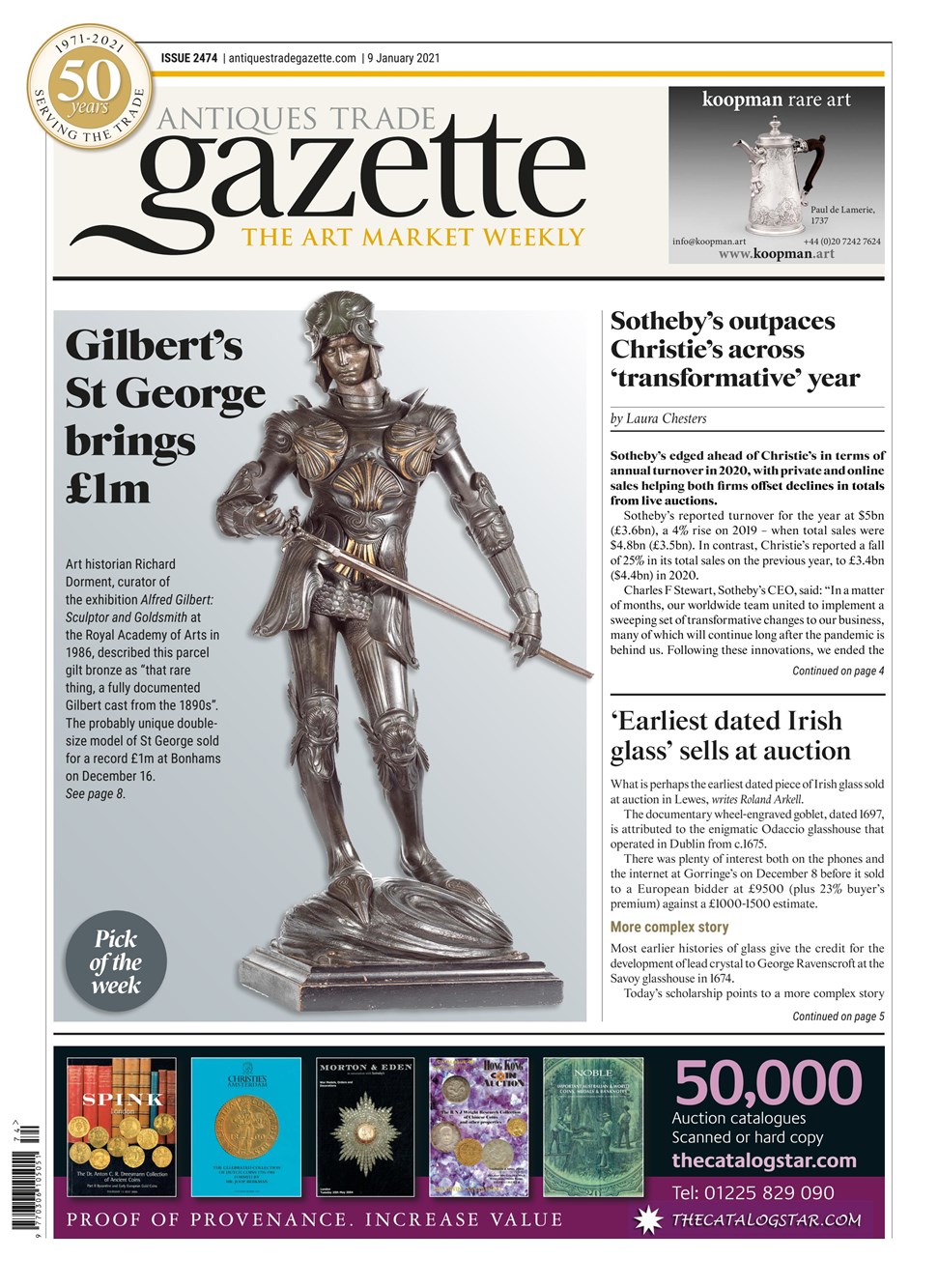 Horsham Museum and Art Gallery has bought a presentation watercolour for three stained glass windows in St Peter’s Church from London dealers Abbott and Holder with a contribution from the Society. The full article is here: 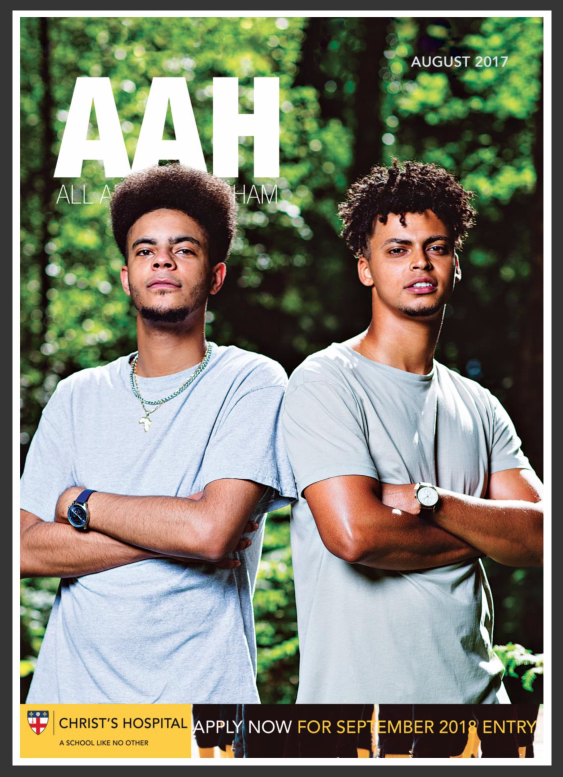 All About Horsham August 2017

In 2017, members of the committee took part in a group discussion for All About Horsham. This included a lot of information on the history of our village, as well as the activities of the History Society itself.

The full article can be viewed here. 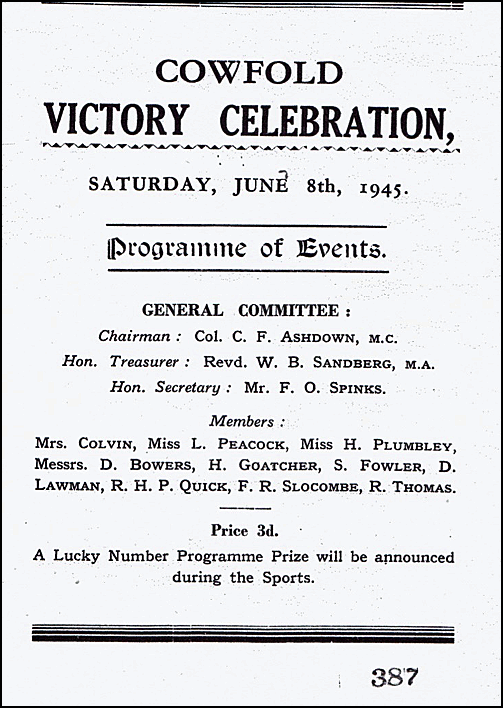 On the 8th May 2020 it was 75 years since the end of the Second World War in Europe was officially declared after six years of hardship, deprivation and loss of life for members of the armed forces and civilians alike. There were massive outpourings of celebrations and thanksgiving across the country, both on that day and subsequently.

But how did Cowfold celebrate the event?

On Saturday 8th June, a month after the declaration, Cowfold celebrated with a full day programme of events, including parades, a thanksgiving service, sports, sideshows, a ball and a torchlight procession with fireworks. The following extract from Mike Burt’s recent book “When the Lights go on Again- the Story of Cowfold in WW2” describes the day:

“The day started at 10.30 am with a parade of members of the British Legion, Army Cadets, Fire Service, Girl Guides, and Women’s Land Army in the School playground who then marched through the village to the church.

A service of thanksgiving was followed at 2.30pm by sports events held on the Cricket Ground; sports included running races for various age groups, egg and spoon races, and a 100 yards race for men and women over 25 years old. There was also an obstacle race for men only, a sack football match between the British Legion and Cadets, and a tug-of-war with four teams representing north, south, east and west Cowfold and judged by Captain Lovett-Cameron RN.

Children’s entertainment was provided in the Marquee on the Cricket Ground by a conjurer, one Roy Hart.

A Victory Ball was held in the Village Hall from 8pm to midnight with fancy dress optional and music provided by The Nightswingers (Brighton) Dance Orchestra. It was this ball that was remembered by Pat Ferri who went dressed as a tramp; she said that it was easy for her to play this part because she was not noted for “posh” dressing!

At 10.15pm there was a torchlight procession starting from Sprinks’ Stores and a Bonfire and Fireworks display, which ended at 11pm. Among the fireworks were The Rainbow Wheel, The Royal Star, The Electric Prince of Wales Feathers (one can only imagine what that was like), and the Huge Golden Palm.

So ended what must have been a memorable and tiring day but a good tribute to those six years of struggle.”

Mike Burt’s book “When the Lights go on Again – the Story of Cowfold in WW2” (Matador, £12.99; troubadour.co.uk/matador) can be purchased by emailing the Society at:

The following items have recently been added to the website. Please click on the images and take a look! 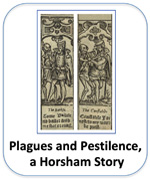 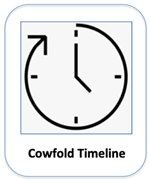 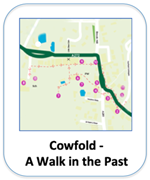 Heritage of Horsham District in One Hundred Objects 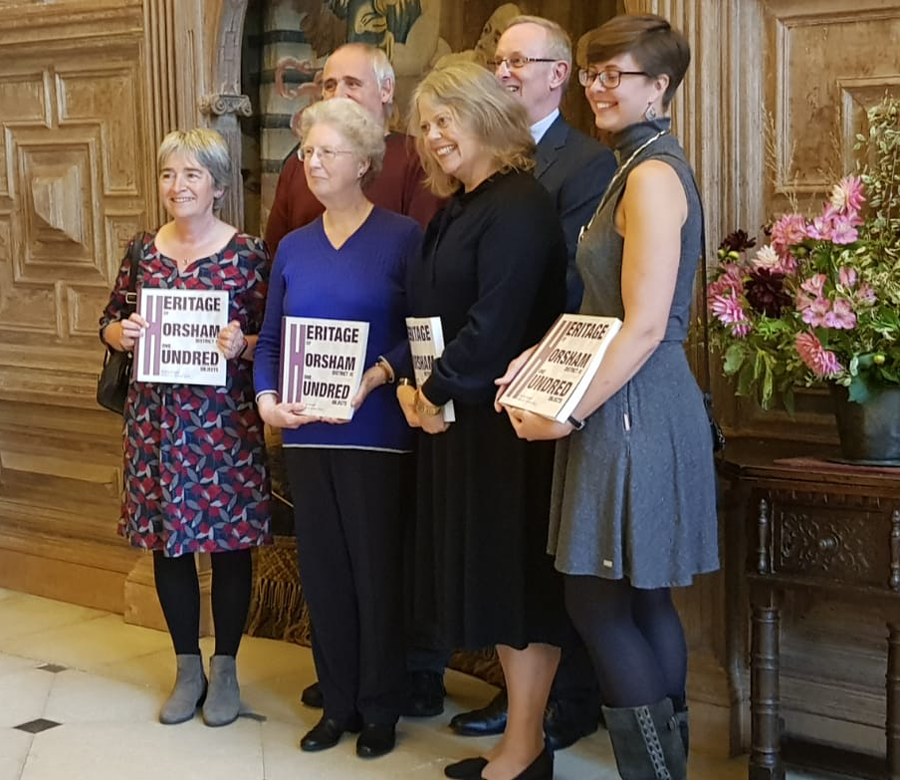 Lady Emma and members of the team

The book launch of “ Heritage of Horsham District in One Hundred Objects” was held on Monday 7 October 2019 at Parham House, hosted by Lady Emma Barnard and attended by over fifty guests, including representatives of Heritage Forum member organisations and Jonathan Chowen, Horsham District Council Cabinet Member for Community and Culture. 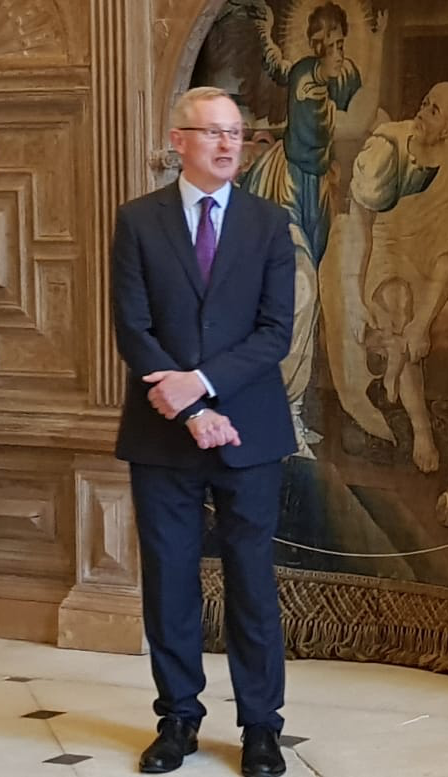 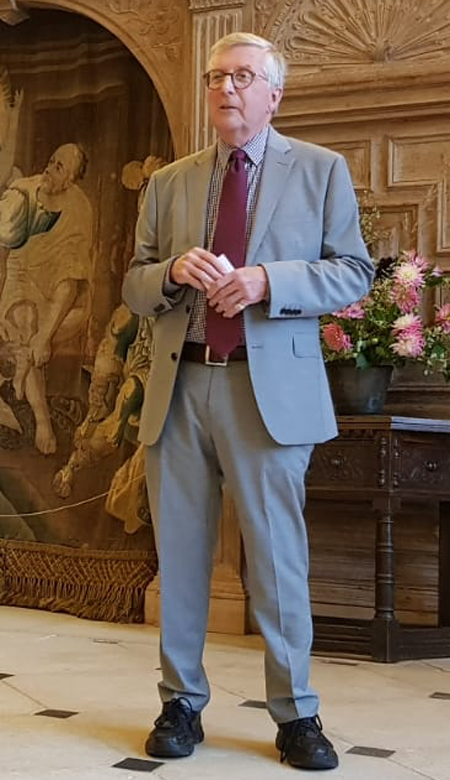 It was made possible through a grant awarded by the 2019 Horsham District Year of Culture and distils thirty years of knowledge and understanding into a concise and accessible record told through the one hundred objects. Transport, agriculture, local politics, the retail trade, domestic life and warfare are just some of the topics covered by this beautifully illustrated book, which provides a superb companion and guide to a journey of discovery around the district and its rich heritage.

The book, priced £19.99, is on sale at the Horsham Museum and a number of local bookshops, including Waterstones and the Steyning Bookshop. 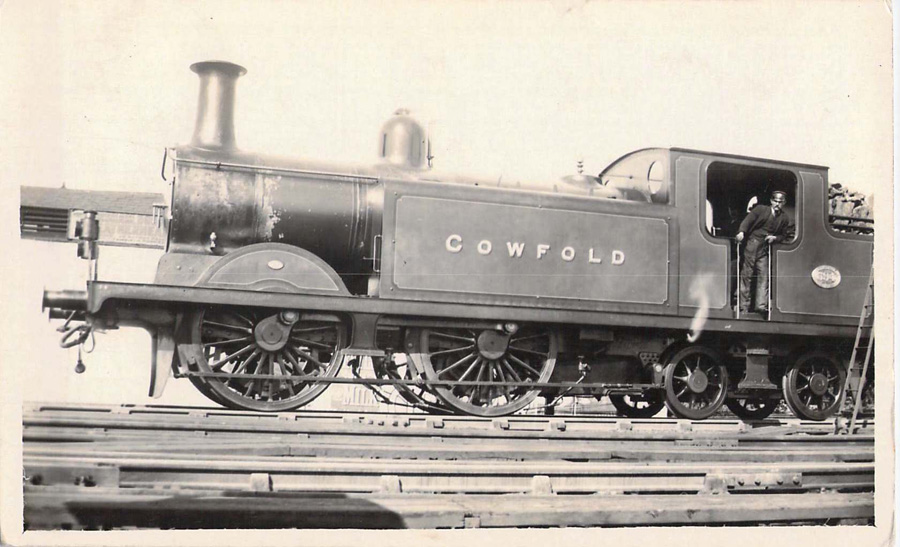 The Society has recently acquired a postcard showing a D Class 0-4-4 tank locomotive that was named after our village!

The engine, No. 394, was designed by R J Billinton and built at the Brighton Works of the London, Brighton and South Coast Railway (LBSCR) in March 1894.

The D Class tank locomotives were used for working passenger trains along both country and main lines and some would have operated from railway sheds at Brighton and Horsham. It appears that a number of the engines were named after stations within the LBSCR region.

After two very successful Zoom talks, one in January and a second in February, we are planning the programme of events for the remainder of the year and will update you when this is available.
Watch this space!