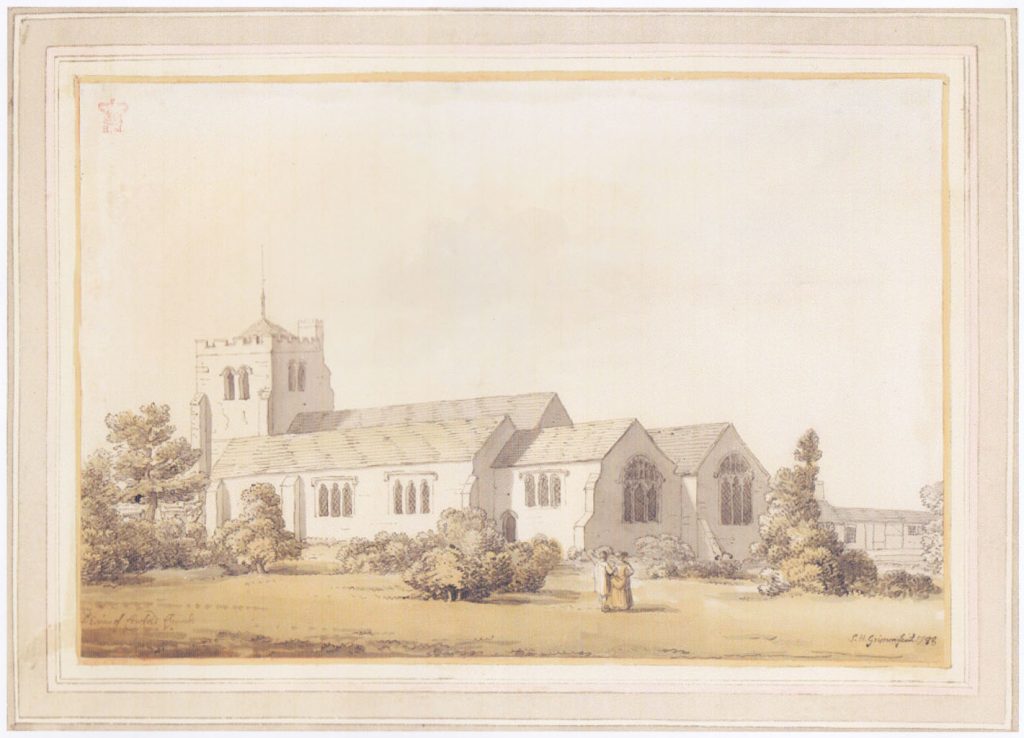 A South East watercolour view of Cowfold Church in 1788 (by kind pemission of the British Library add.5673/folio 3)

As with many English villages, medieval Cowfold would have been concentrated closely around the church and therefore comprised a very tight community. The first named reference to Cowfold is in 1232 in an agreement between the Priory of Sele at Upper Beeding and the Nunnery of Rusper which was witnessed among others by “William, chaplain of Coufaud”. The mention of the office of chaplain points to there being an established community by that date. 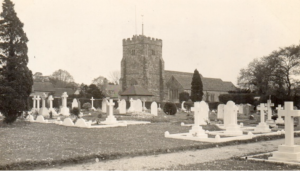 Churchyard with Church in background

It is not certain when a church was first built in Cowfold; the earliest part of the present stone built church, the chancel, is attributed to c 1270 – 1307; and a reference to a church was included in the ecclesiastical valuation of 1291 known as the Taxation of Pope Nicholas. However, a lighter timber building could have preceded the later stone built structure. The establishment of a church as a centre of the village round gradually led to the development of other nearby buildings, including probably a priest’s house; the old timbered building, now called St Peter’s Cottage, although built later, has been suggested as once being the priest’s house but there is no positive evidence that this was the case.

The chancel was added to by a nave and tower in the 15th century and the font can be dated precisely to 1481 (during the reign of Edward IV). The south aisle was added during the reign of Henry VIII (1509-47) so that by the middle of the 16th century the church stood in more of less its present outward form. The seating was originally in high square pews bearing the names, presumably, of the farms and houses in the parish, in the same way as are recorded in some other churches such as St Giles’ church, Shermanbury. There was also a gallery at the west end of the church. In 1866, however, the Vestry asked the churchwardens to erase all the names from the pews and to distribute the seats more equitably for the parishioners. A major renovation of the building took place in 1876, including the complete removal of the gallery and the replacement of the old pews by the present seating arrangements. In addition most of the stained glass windows were inserted. 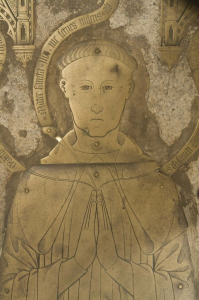 St Peter’s Church has two particularly important historical features. The first and its chief glory, is a large floor mounted brass memorial to Thomas Nelond, a Prior of Southover who died in 1433; the brass was transported to Cowfold from Lewes Priory after the Dissolution of the Monasteries in the late 1530s, possibly for safe keeping. The second is a fence that surrounds the churchyard on which from 1682, are recorded the names of 35 farms and properties in the parish that were responsible for the maintenance of each panel, including Drewitts, Cratemans, Oakendean, Godshill, Woldringfold, Hill Farm and Dragons. Cowfold church is one of only a very few that have this form of historical record. Substantial repairs to the fence were made in 1913, and again in 1981/2, the latter to mark the 750th anniversary of the first record of a vicar in Cowfold.

In addition, Protestant nonconformist worship has had a long and successful history in the Sussex area. Many denominations founded chapels and meeting places between the 17th and 19th centuries, both in the towns and in rural areas and many survive today. The Wesleyan and Methodist movements were focused on Horsham but outreach work to surrounding villages led to the founding of chapels in Southwater (now demolished), Dragon’s Green, Mannings Heath and Partridge Green, and may have had an influence on some in Cowfold. The Quakers had a presence in towns and villages across the Horsham district from 1655 and there is a record of at least one Quaker family living in Cowfold in 1681.

Other denominations active in the Horsham area which may have made an appearance in Cowfold to some degree included the Plymouth Brethren, Christian Scientists, the Salvation Army, Jehovah’s Witnesses, Presbyterians, Mormons, and Pentecostalists.