Message from the Editor

Welcome to the Horsham District Heritage Forum Message Board.

This is an area where members can post notices and messages that they think will be of interest to other organisations in the Forum.

They can be notices of upcoming events, suggestions for forum-wide collaborative projects or requests for help on existing or planned projects within your own society/group.

All you need to do is to email Mike Burt at:

with the notice/message, together with any images, so that they can be uploaded to the site.

Please send me by e-mail at: Michael.burt1911@btinternet.com any publications that you would like to advertise on the Publications page including a narrative about the subject of the publication, and where relevant, the cost  and from where the publication can be obtained.

I am delighted to welcome Nuthurst Local History Society as the newest member of the Forum. The contacts are Nick Cowley, Secretary on: nuthursthistsoc@gmail.com and Derek Bradnum, Speakers Secretary on: derekbradnum@aol.com. Derek is the main contact for Forum members.

The Forum’s membership now stands at 22 organisations and covers most of the Horsham District geographical area and most of its heritage interests.

I was very sorry to hear yesterday of the sad passing of Roger Corry earlier this year who was the Society’s point of contact for the Forum. Andy Bates has now agreed to be the contact and I welcome him to the Forum. Andy’s contact details are: andy.bates100@yahoo.co.uk. 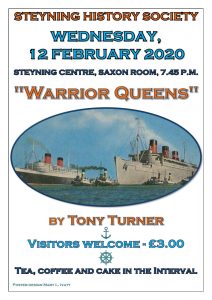 “30 years plus of collecting Sussex postcards” by Alan Barwick

“The Gilbert and Sullivan story” by Ian Gledhill

“Post-Medieval archaeology- Well it isn’t that old is it?”. A day school with Simon Stevens

After 2 years of work from inception of the idea of a book celebrating the rich heritage of Horsham District, that book “The Heritage of Horsham in One Hundred objects” was launched at Parham House on 7 October by kind invitation of Lady Emma Barnard. Just over 50 people attended the launch; the majority were representatives from Heritage Forum member organisations. Lady Emma opened the launch with words of welcome and she was followed by short addresses from Jonathan Chowen, HDC Cabinet Member for Community and Culture, Jeremy Knight, Curator Horsham Museum and author of the book, and Mike Burt, Chairman of the Heritage Forum and the book’s editor. The book, priced £19.99, has thirteen chapters covering themes such as the District’s ancient heritage, Warfare, local politics and government, retail trade, domestic life and transport, and has over 200 illustrations. It is available now from local bookshops and from Horsham Museum. Each member of the Forum is encouraged to purchase at least one copy and to consider how the book can be used locally to promote the understanding and appreciation of the heritage of each member’s locality. 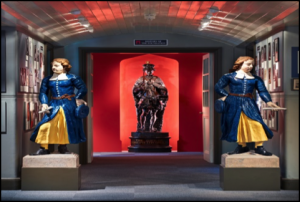 ‘PETER, STANDING UP WITH THE ELEVEN, LIFTED UP HIS VOICE, AND SPAKE’

Booking is essential as places are strictly limited.

Tours of the school, known as Verrio Tours after the famous painting in Dining Hall by Antonio Verrio, are offered to visitors to the school by prior appointment. Tours are guided by pupils, and provide a chance to look at the wonderful paintings, buildings and grounds as well as visiting the museum for a talk and a look at the permanent exhibition. A full afternoon tea is provided in the magnificent Dining Hall.

All tours need to be pre-booked and we welcome groups of
up to 30. If you are a smaller group or individual we can
combine you with other groups.
* Please note that Band Parade and the pupils marching into
lunch does not occur if it is wet or icy and we apologise for
any disappointment this may cause.

Boom and Bust: Horsham after the Great War

The first decade after the First World War was one of great change throughout Britain, and Horsham was no exception. A new exhibition at Horsham Museum and Art Gallery, Boom and Bust: Horsham after the Great War, will look at the developments and events that took place during the 1920s, and how they affected the town and the people that lived here.

Horsham After Great warAfter 4 long years of war, on 11th November 1918 the notification that an Armistice had been signed arrived in Horsham, via telephone. Word quickly spread around the town that the war was over, and the streets buzzed with excitement and rejoicing.

After the initial celebrations Britain entered a period of adjustment. In Horsham around 420 men aged 16-50 had been killed, a significant number for this small community. After the war there was a widespread desire to get back to normal. By 1918 people had been desperate for peace, yet the reality of the post-war world was one of continued international conflict, economic stagnation, disrupted trade, and social unrest.

The early 1920s saw increased leisure time, increased wages, cheaper goods and major changes in fashion and social permissiveness. The later years of the decade, in contrast, saw the General Strike of 1926 and the economic crash of 1929. It was certainly a time of great change and many contrasts. The wealth of items on display in Boom and Bust: Horsham after the Great War from the Museum’s collections that date from the 1920s help to demonstrate some of these developments, and highlight what life was like for the people of Horsham at the time.

A Flock of Sparrows – celebrating the life of Dr Geoffrey Sparrow; a comic genius

Dr Geoffrey Sparrow arrived in Horsham 100 years ago, setting up in practice. Along with his medical skill he brought great artistic talent and flair for capturing life as lived in the District in the 1930-60s. His genius was capturing in a few strokes, on the back of napkins, envelopes and the more formal painting, the humour of life. He follows in the tradition of Rowlandson, but without the cutting edge.

Dr Geoffrey Sparrow was a well liked and respected doctor in the Horsham area and a devoted huntsman – in his autobiography Foxes and Physic he states “in such an atmosphere of red coats, horses, hounds, terriers and old sporting prints on the wall I became thoroughly soaked in the tradition of fox hunting and have always held old Jorrocks’ opinion that all time not spent in hunting is wasted”; he was also a talented caricaturist.

Sparrow was born in Devon in 1887. He studied medicine at Cambridge and St Bartholomew’s Hospital, London. He said that going into medicine was “something had to be chosen…I was offered the law, medicine or the church: didn’t like an uncle who was a solicitor, so that was out; our parson was rather stout and greasy and preached long and dull sermons, and away with that, so there remained medicine.” Sparrow served with distinction as a Surgeon Lieutenant in the First World War. He was awarded the Military Cross along with a number of other medals; although he wrote about his military experiences, he never gave the reason why he was awarded the MC. After the Great War, he moved to Horsham and at the age of 53, served again in the Second World War in both Europe and Africa.

In the post war years Dr Sparrow was a prolific sketcher, caricaturist, print maker and watercolour artist, his subjects largely involved hunting scenes. His fame as an artist spread, and though people knew of his medical background, few knew about his war record and achievements. The Imperial War Museum, London now has his First World War diaries in their collections illustrated by Sparrow with comic sketches. Dr Sparrow died in 1969.

Thanks to e-books, people are discovering the book as a physical object, beautiful print, stunning pictures attractive bindings.

For over 30 years one time Storrington resident Major J R Abbey built up one of the greatest collections of books based on those attributes. This small exhibition celebrates his passion with books and photographs. Major Abbey died on Christmas eve 1969.

Now home to Horsham Museum and Art Gallery this house began its life 600 years ago as an office, workshop for a medieval merchant, later in middle age becoming a tailors home, before in its more mature years helping out in the war effort, 1940s and 50s civil defence rather than Home Guard. Its rich and varied life has been etched in to its “skin and bones”.

This exhibition celebrates its 600 birthday by revealing its hidden history and just like “Who do you think you are” there are some surprises. 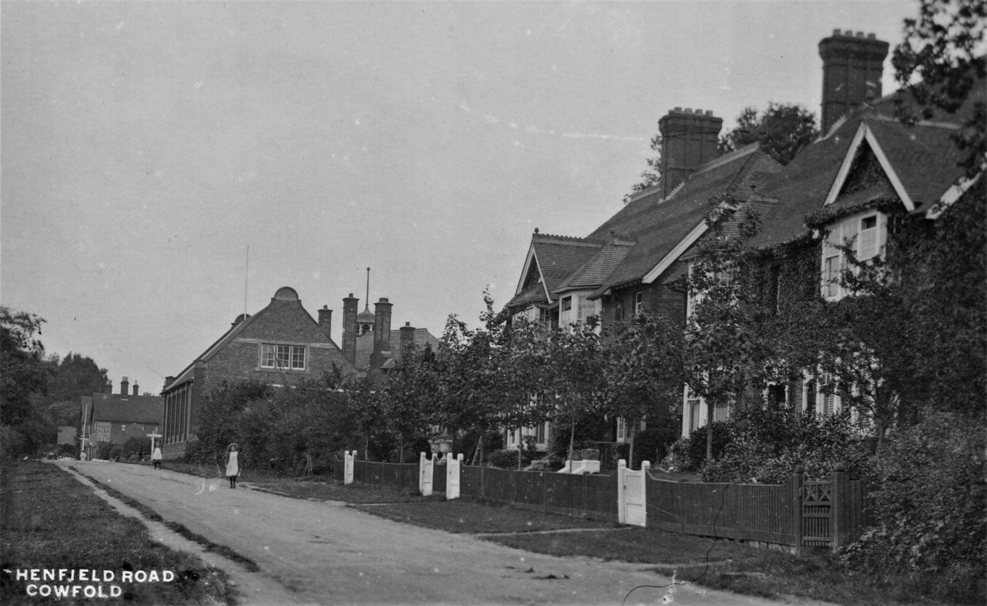 Talk by Alan Barwick on

“Thirty plus years of collecting Sussex Postcards, including Cowfold and the Henfield area”